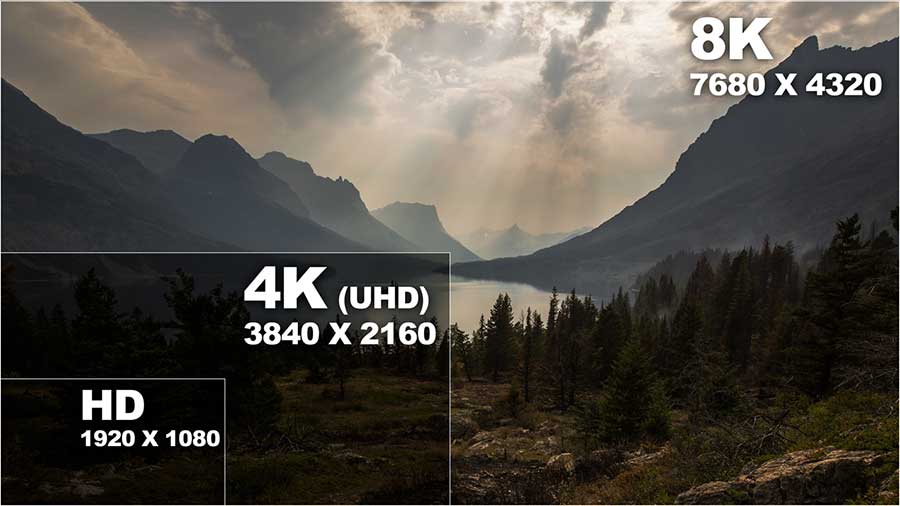 What The Heck is 8K?

I work in the Video world. I own a Video production company in Denver Colorado. I recently bought a 4K television; a Samsung 65” curved UHD TV. And I love it! But the latest rumor in our business is 8K is coming… but do we need it? Or even want it?

According to Will Greenwald of PC Magazine (pcmag.com), 8K televisions are at least a year away from being available in America. Even then, they will be anything but affordable for the typical consumer. And, more importantly, will there be any programming for them?

Do I need an 8K TV? The answer is no. The reason is programming isn’t available and won’t be for quite some time. Heck, 4K is new to America and while there are plenty of 4K television options available at any store, the fact remains that there is hardly any 4K programming around today. Netflix, Hulu and Amazon offer minimal programming in 4K but it’s a small fraction of their content. Broadcast television is still HD and the transition from SD to HD took years- and broadcast productions still format text and graphics for the occasional SD viewer!

At Snowy Peak, we already doubled our storage capacity and upgraded our post-production computers and networking infrastructure to work in native 4K. In order for production companies like mine to produce content available to consumers, we will need to once again make a significant investment in equipment to handle an 8K workflow.

Have I seen an 8K TV with 8K footage? Yes- thanks to my NAB 2018 visit. It’s impressive for sure! But realistically speaking, we are YEARS away from even considering it on a consumer (or professional) level.